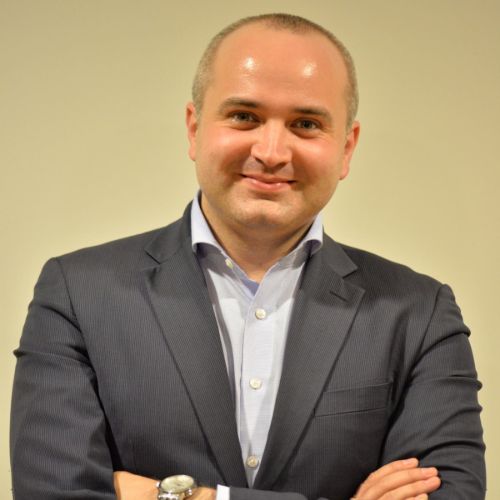 Calin started his career as a 4-hour-a-week teacher of computer science during his university years which he begun in year 2000. Having a bachelor degree in computer science from the University of Polytechnics in Timisoara, he joined Siemens VDO in 2004 (which 2 years later became Continental AG) where he worked as a computer engineer (software developer) for several automotive customers, and in this process, he developed some useful skills like time management, project management, and team management.

In 2006 he read a personal development book from Brian Tracy where he found an interesting advice: if you want to develop your self-confidence, and learn how to speak in public, you should join Toastmasters International. Initially disappointed because there were no Toastmasters clubs in Romania, he joined the first club in Romania (Timisoara Toastmasters) in 2009, where he is still a member.

During his Toastmasters years he served three times as club president, once club VPPR, club treasurer and for a short time club secretary. Afterwards, he volunteered for the positions of Area Governor and later Division Director, and after finishing his terms he was awarded as Area Governor of the Year and Division Director of the Year. He organized several National and Area Conferences, the first Summer Bootcamp and Winter Bootcamp in Toastmasters Romania and helped create several clubs in the country. Then he served District 110 as its Club Growth Director.

In his role of Program Quality Director, Calin wants to organize interesting and educative events & trainings, help translating Pathways in our native languages and popularize the Toastmasters education program among members.

Calin is also a passionate reader, having a personal library of several thousand books and has many interests and passions like geopolitics, geostrategy, politics, finance, economy, business, science, leadership, public speaking & rhetoric, etc.